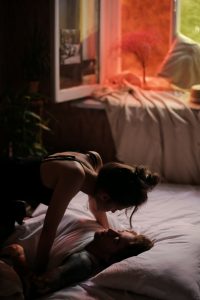 Causes and Risk Factors of Gonorrhea

Gonorrhea is a popular sexually transmitted disease that is affected by
Neisseria gonorrhoeae bacteria. A lot of people face the risk of having this disease.

According to research, thousands of cases of Gonorrhea have been reported over the years, which makes it one of the most popular diseases in the world.

The most-reported rates of this gonorrhea infection are found among young adults and teenagers.

As a young adult, you need to learn about the causes of Gonorrhea, the risk factors, and how to prevent it.

It is important to learn as much as possible about the causes, risk factors, and ways to defend yourself against the infection.

In this segment, we want to emphasize the risk factors that partake in the possibility of developing the disease. And the best steps to take to lower the risk.

Gonorrhea is derived from sex; as a male partner, you don’t need to ejaculate before you pass the affection to someone else if the disease goes through an opening in the body like the vagina, mouth, or anus. The chances of getting it are high.

If you were once diagnosed with the disease;if the doctors prescribed a few drugs to cure the infection. There is a possibility of having it for the second time. And that’s if you have sex with an infected partner; that’s why we advise you to use a condom.

To reduce the risk of getting infected or passing the disease to someone else, you need to go through the following test schedule below by CDC.

If you are a lady and you are in your late 20,s or 30,s. It would be best if you also go for a checkup every year. The risk factor here is when you are in a relationship with a couple of men, Or your partner is suffering from STI.

If you are a pregnant woman suffering from Gonorrhea, there are chances of going through a negative effect in your pregnancy, or the infection can be transmitted to your child. The effect might affect your baby’s rectum, lungs, and eyes.

If you are already suffering from other diseases like hiv|AIDs, there are chances of developing the disease and passing it to others.

This disease can only be transmitted to others through the body. It can’t be contacted through toilet seats, clothes, and the affected person who has worn them. Or bed sheets.

Factors That Reduces the Risk

Gonorrhea has a couple of risk factors that can be handled with your behavior and normal daily habit.

Interact with your partner

maintaining open communication with your sexual partners about whether or not they’ve been tested for Gonorrhea can help you protect yourself. If you find it hard to bring up the discussion in private

There is a possibility of not noticing that you’ve been infected. But one thing you need to know about gonorrhea is that anyone can be infected.

There are chances of transmitting it to your partner, probably because you were unaware you’ve been infected or didn’t feel the symptoms.

According to research, You feel the symptoms mostly in the morning.

The symptoms include;
Pain while urinating
Heavy periods.
Creamy or watery vagianal discharge Pain during sex

As a guy, the first symptom you will feel might be pain while urinating. Other symptoms might be ;